What is a Cheese Festival?

The Cheese Festival at Mandas is an event that encapsulates the flavors, memories and many other traditions of the past, born in June 1993 by the Pro Loco under Umberto Opus presidency. At that time, Mandas had three dairies. Cheese Festival 2017, Mandas, Sardinia! 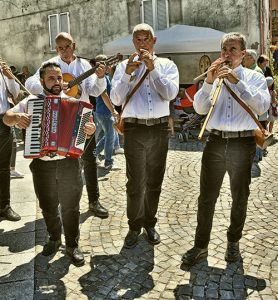 As Giampaolo Contu, president of the Pro Loco, describes, the festival is not just an opportunity to taste local products. It is a fascinating journey of dances, colors, gastronomy, music and popular traditions to the discovery of the land.

The festival took place in the historic center of Mandas, with many ancient flavors. For example, breads and cheeses prepared  like the ancient tradition. From the first cheeses to seasoned cheeses, all respecting the traditions. During the day, it was time to review ancient crafts.

Strolling through the streets the inhabitants are intent on wrapping chairs and building baskets, milking the sheep, preparing bread and cheese ..
During the mornings, the folk group Santu Jacu of Mandas will perform and they will distribute bread and cheese on the “Su carru de saboris” (the chariot of flavors). 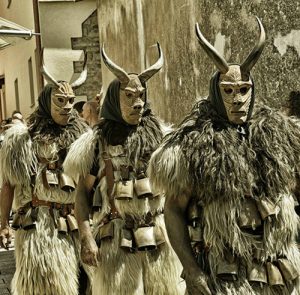 At the event were present Is Scruzzonis, traditional masks of the carnival of Siurgus Donigala. These masks are intended to impede fear and arouse respect.
Their peculiarity is the mask called “sa carota“, a mask that can be of wood or cork, along with the white sheep mast with metallas, a row of bells.
They are very old masks, have been found only in recent years thanks to accurate historical research. Cheese Festival 2017, Mandas, Sardinia!

Where can I buy cheese?

Tradition was handed down by his son Beniamino to his nephew Antonio, to reach today the fourth generation, who with Beniamino Garau reiterates the ancient flavor in traditional products and the modern taste in the innovative one.

The dairy continues to hand over the ancient flavors of Sardinian sheep and uses only sheep milk grazing in our hills, the most famous cheeses are:
Giunco – Piccolo Giunco – Dolce di Mandas – Su Nuraxi – Zinnibiri – Colline di Mandas.

16 July 2017 in via Cagliari 79 in Mandas
Who wants to visit the dairy Garau: www.caseificiogarau.com

How to reach Mandas by train with Trenino Verde?

And many other destinations on www.linkavel.com