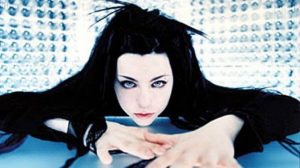 The famous American rock gothic band back to Italy! Evanescence, after five years off, officially back together. They do also live, with a concert in Italy on July 4th, 2017. The location is the SNAI Ippodromo in San Siro at the Milan Summer Festival. Concert Evanescence, Milan 4 Juli 2017!

At the end of the 2012 tour, which saw them scale the stages around the world, the US band was granted an extended break through a public announcement by singer Amy Lee. At the Wembley Arena in London, he revealed:

At the end of each long tour you need to tidy up their own ideas. I think at the end of the race will take a break for a while ‘to understand something.

And now it seems to be the time of the expected comeback.

Opening Doors is at 19:00 and the beginning of the concert is scheduled for 21.

How to reach Milan?

Do not delay, book your bus for the Concert Evanescence, Milan 4 Juli 20177!