Curiosity about the artist … Edoardo Bennato musician and singer-songwriter

Musician and singer-songwriter from Bagnoli, suburb of Naples. After a musical experience spent in London as a busker in search of new sounds, he began to perform as a one-man-band playing simultaneously the guitar, the kazoo and the foot drum producing his own original musical tendency directly influenced by the big names of the blues and rock.
His debut album is “Do not drop your arms“, published in 1973 and produced by Sandro Colombini. Do not miss the Edoardo Bennato Concerts 2018, because the artist will sing the songs that made him famous.

In 1977 he released the album “Wireless Puppet“. It is a series of songs that recall the famous story of Pinocchio. Become the first Italian artist to make video clips and later, thanks to a triumphal tour around Italy, became the first national singer to score the 80 thousand spectators in the famous San Siro stadium in Milan. An event that will lead him to cross the Italian borders with the first European tour.
His concerts at the Zurich Hallenstadium, at the Vienna Prater (1977), his participation at the Montreux Jazz Festival (1887, 1992), at the Apollo Theater in New York City (1987), at the Hiighline Ballroom in New York City (2010), in Toronto at The Mod Club (2010) and at the Arcub Club in Bucharest (2010).

Among the countless successes we remember in this short biography the official song of the 1990 World Cup Soccer Championships “An Italian Summer“, sung together with Gianna Nannini. This song remained in the hit parade for 4 months.
In 2007 he signed the soundtrack for the musical theater Peter Pan in the Italian version. An incredible success with the public and critics that led the singer to produce an English version of the famous songs from the album “Sono solo canzonette”, thus designing a new theatrical version in English.

In September 2012, after the huge success of audiences and critics of ‘Peter Pan the Musical‘ a replica was set up at the Arena di Verona with Edoardo Bennato and his complete band for a live performance that accompanies the entire show with duets between the actors and the singer.
Today, with 27 albums on record, Edoardo Bennato is still in full creative phase. At the end of October 2015 he released his latest album “Pronti a salpare”, an album full of contents; 14 songs that once again manage to photograph sarcasm and irony the society in which we live.

The dates of Edoardo Bennato 2018 concerts

Below you will find information on the Pinocchio & Co Tour of the Edoardo Bennato 2018 concerts. You can use the “Buy Tickets” link to go to the Ticketone website on the chosen date and city. 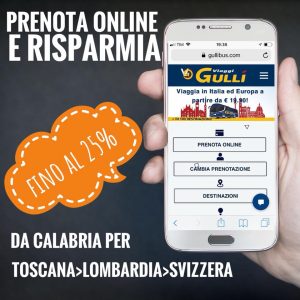