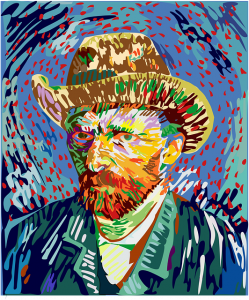 The exposition develops like a 60-minute digital story, through the multi-projection of 360 degrees of high-definition images and the diffusion in Dolby HD of an exciting original soundtrack.
The Exhibition Van Gogh Florence 2019 aims to emotionally involve the public in the controversial human and artistic story of Vincent v an Gogh, one of the most famous and beloved artists of all time.

In addition to these will also appear works by other contemporary artists who with their works have contributed to the representation of the Paris of the time.
Immersive and experiential the Van Gogh 2019 Exhibition in Florence meets the changing needs, habits and attitudes of the public in the third millennium.
The multimedia experience enriches an educational / introductory section with infographics and monitors, the posts with the Oculus to experiment the 3D virtual reality of a sensorial journey inside some famous paintings and the enveloping kaleidoscope of images of the “hall of mirrors” “, placed in the immersive room, which for the first time arrives in Florence after having collected a great success in Rome with Klimt Experience and now is doing the same with Inside Magritte in Milan. Exhibition Van Gogh 2019 in Florence.  Exhibition Van Gogh Florence 2019 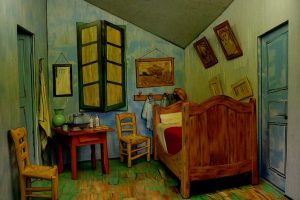 How to reach Florence?